Millions of people have read Chris Tiegreen’s writing, whether through his 23 books, his 40-plus study and discussion guides, his many magazine and newspaper articles, or his collaborative projects with other communicators. His work has been translated into more than 60 languages and reached numerous countries around the world. His experiences in media, ministry, and higher education bring a unique perspective to his writing, which ranges from cultural and historical commentary to biblical teaching and devotional themes. 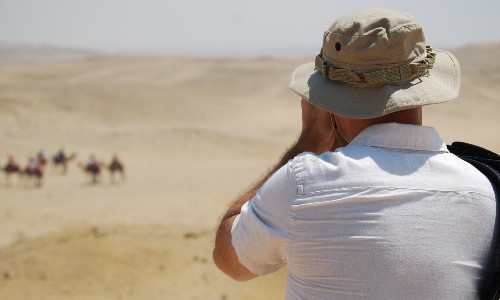 Chris began his career as a newswriter and photojournalist, has served as a pastor and missionary, was the founding editor of an award-winning magazine, has enjoyed speaking at events, retreats, and writers’ conferences, and has been (and still is) a university lecturer, first in political science/international relations and now in history. He loves travel, language study, golf, and college football and enjoys painting, piano, and guitar (mainly when no one else can hear).

Chris has lived and worked in Georgia, Kentucky, Michigan, Mississippi, Utah, Idaho, Florida, and Thailand. He and his wife currently live in Atlanta.